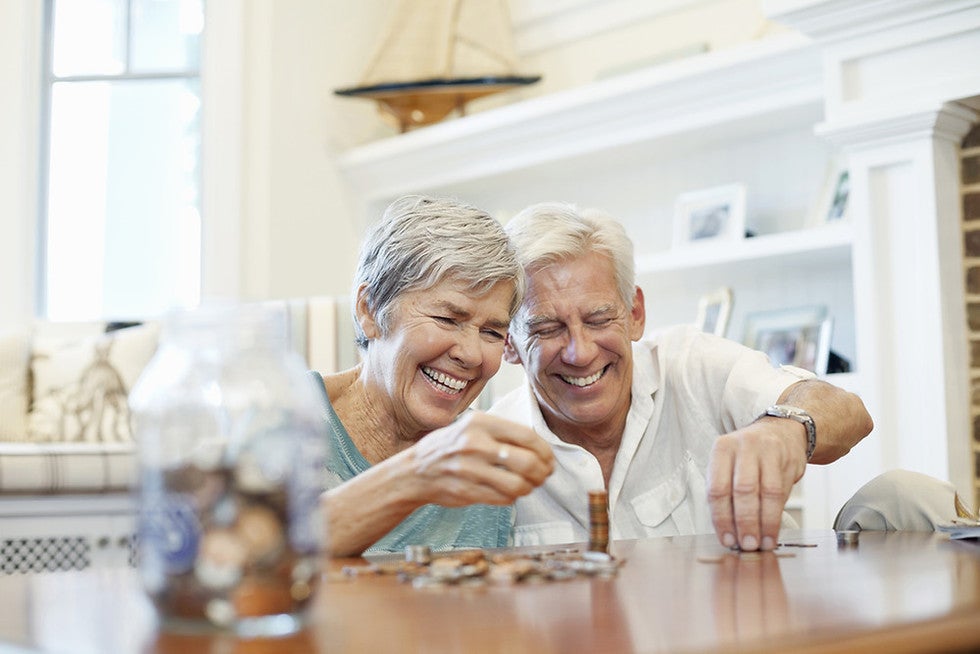 If a married 401(k) saver dies, the funds almost always go to the spouse.

Federal law is strict when it comes to what happens to company retirement plan assets if a married participant dies on the job: The survivor gets 100% of the account, unless he or she has specifically waived the right. And, when a worker takes a retirement plan payout as an annuity, he or she must choose a plan that will continue lifetime payments to the surviving spouse equal to at least half of the original benefit amount.

A spouse can waive that right, too, but must do so in writing.SEE ALSO: Most-Overlooked Tax Breaks for the Newly WidowedWhen President Reagan signed that rule into law in 1984, he proudly declared, “no longer will one member of a married couple be able to sign away survivor benefits for the other.”The protection for a surviving spouse is so strong that it can trump properly named beneficiaries, as demonstrated in a 2011 court case.

That case involved a worker who, after his wife's death, named his three children beneficiaries of his 401(k). Dad later remarried and, within a few weeks, died. Despite the fact that the kids were named on the official beneficiary form, the second wife argued that the law said the money was hers.

The courts agreed, voiding the worker's wishes and disinheriting the children. (Although the law allows retirement plans to require that a marriage last at least one year before the spousal death benefit kicks in, most 401(k) plans don't have that prerequisite.)

This ironclad rule can't be undone by a pre- or post-nuptial agreement in which the spouse forsakes the death benefit. A pre-nup won't work because the spouse (not a fiancée) has to waive the benefit; a postnup is useless unless it is followed by the spouse actually signing a written waiver. (If you're single, you can name whoever you want as your beneficiary.)

But for all of the law's protection for a survivor's rights, things can be very murky while the 401(k) owner is alive. In fact, there's a loophole big enough to drive a $1 million lump-sum distribution through. When a married worker leaves a job, most 401(k) plans permit him or her to roll over the balance to an IRA without even notifying the spouse, let alone requiring his or her permission.

Some plans do require spousal consent for a distribution— when the default benefit under the plan is a joint annuity with the participant's spouse. To claim benefits in any other way, such as a lump-sum distribution to be rolled into an IRA, the spouse must concur.

But this is “very rare” among 401(k) plans, according to Richard McHugh, a vice president with the Plan Sponsor Council of America. Plans that require a 100% death benefit for a spouse don't have to demand spousal consent for a lump-sum payout. And most don't.

Know Your Plan, and Your Spouse's

Clearly, it's important to understand the rules not only of your own retirement plan, but also of those that govern the plan that covers your husband or wife. As noted earlier, if you name someone other than your spouse as a beneficiary, your wishes can be trumped by the law.

Of course, a spouse might want to waive the right to a death benefit. This might apply if the couple agrees that the money should go to someone else, such as children from a previous marriage, or to a charity. If that's what you want to do, be sure to follow the plan's rules for waiving the spousal right. Will the written waiver need to be notarized or witnessed, for example?

Assets in a retirement plan, whether a company plan with specific spousal rights or an IRA without them, are subject to division in a divorce. Moving assets from a 401(k) to an IRA does not change that. And note that the spousal rights discussed here apply to retirement plans offered by private firms. The rules for plans offered by state and local governments may differ.

This article was provided by the Ronald J. Fichera Law  Firm, where our mission is to provide trusted, professional legal services and strategic advice to assist our clients in their personal and business matters. Our firm is committed to delivering efficient and cost-effective legal services focusing on communication, responsiveness, and attention to detail. For more information about our services, contact us today!