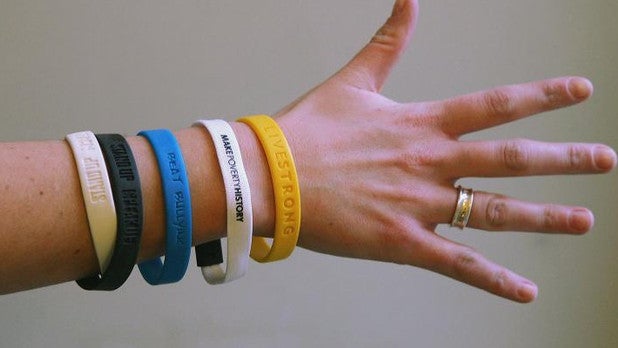 Pay attention to details to avoid problems later on.

Over the past number of months, I've had a handful of cases come across my desk involving life insurance and charity. As is so often the case, some of the transactions ended up as case studies in what to watch out for.

I understand that not everyone is going to have the same attitude regarding the intersection of life insurance and the nonprofit sector, but I'm somewhat surprised at the black and white policies of charitable organizations I've encountered. Many charities and nonprofits have a policy to simply cash out life insurance policies that are donated. I can't think of a more short-sighted stance. Of course, each and every transaction should be evaluated on its own merits relative to required premiums, guarantees, life expectancy and use of money. It also doesn't help that so many nonprofits have been burned by life insurance over the years, as have many consumers.

When a critical mass of agents and consumers put policies in force with a material lack of understanding, and don't manage them effectively over time (or know that they should), too many of these policies collapse and leave the charity with nothing. However, anything short of a case-by-case analysis of potential donated policies could be throwing money out of the window, especially in the era of low/no cash guaranteed universal life contracts.

Watch Out for Potential Problems

A few issues to keep your eyes open for are:

1. Charity's policy meets donor's goal. I was working with a policy owner who transferred his policy to his family foundation and intended to fund it so the death benefit acted as an ancillary, diversifying investment. It was only afterward that he mentioned: “The Jones Family Foundation” wasn't the actual name of the family's private foundation; it was the moniker of the Fidelity Donor Advised Fund he'd set up but neglected to tell anyone. Fidelity never showed up anywhere in the conversation or paperwork.

Once this was understood, I made an anonymous call to Fidelity and discovered they would simply cash out any life insurance as a matter of policy, directly in conflict with the stated goals of the donor. We had to unwind the transaction and get it to a Foundation that would work with him.

2. Tax ramifications. Recently, I received a call from a business owner who was directed to me by an agent. The gentleman explained to me that in 2016, he donated a life insurance policy to his alma mater's foundation. This was an old whole life policy from when he was a child, many decades ago. It had a cash value of $117,000 and, as most consumers would, he reasonably expected a deduction for such. Working with his accountant on his taxes, he learned this isn't the way it works and called me for advice.

Tax law states that the amount deductible as a charitable contribution is limited to either the fair market value of the policy or the cost basis, whichever is less. His cost basis is $14,000. That's a kick in the gut. Furthermore, if the value of the donated asset is greater than $5,000, the donor must obtain a qualified appraisal, further eating into any tax savings on the $14,000.

Fortunately, in this situation, the donor wasn't dependent on the deduction, and he remains satisfied that his alma mater will reap from the death benefit at some point. But for another taxpayer in a different situation, this could be devastating.

As a warning, if the policy had a significant loan on it, a donation of the policy to a charity could actually result in an income tax payable by the donor.

3. Donor's motives. In an interesting situation last year, the representative of a community foundation called me regarding a benefactor's desire to donate a policy. The primary reason for the call was to pass something by me, as the representative was suspicious of what was going on. The policy was a traditional whole life contract with a massive loan. The loan was a significant majority of the gross cash value and was driving the policy into the dirt. If the policy collapsed, there would be a massive income tax on phantom gain. What I imagine happened was that the agent told his client to donate it right away so it would fall apart on the foundation's watch and he wouldn't suffer the consequences. I've heard this a number of times over the years.

There's one little problem… that's not the way it works. Donating policies with a loan fall under bargain sale rules, as they're part gift and part sale. The “forgiven” loan will result in taxable ordinary income to the donor. The end result is that if the donor thought he was escaping a tax disaster, he's not getting out from under it. If he didn't figure this out now, I can only imagine the gut-punch next January when the tax details from the insurance carrier hit his mailbox.

Though I am a strong proponent of incorporating life insurance into charitable planning as part of a diversified approach, the above scenarios show that meaningful attention must be paid to the details, or things may not pan out as expected.

This article was provided by Bill Boersma and is brought to you by the Ronald J. Fichera Law  Firm, where our mission is to provide trusted, professional legal services and strategic advice to assist our clients in their personal and business matters. Our firm is committed to delivering efficient and cost-effective legal services focusing on communication, responsiveness, and attention to detail. For more information about our services, contact us today!

Thank you. I appreciate your input.