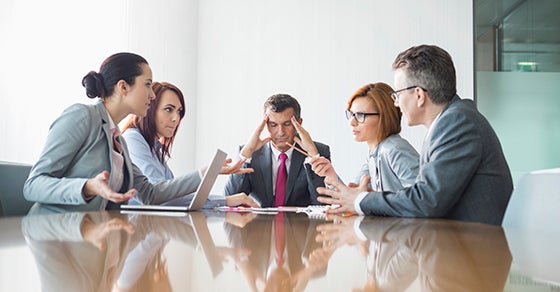 Anticipating these glitches and finding ways to avoid them can help ensure a smooth leadership transition.

A generational transition is a critical point in the life cycle of a family business. All too often the senior-generation leaders believe they have a foolproof succession plan in place, but problems arise when the time comes to pass the torch.

Here are just a few of the ways a succession plan can go wrong, along with some troubleshooting advice.

1. The viewpoints of all parties are not considered.

Consultant Michael Palumbos of Rochester, N.Y., recommends that the senior-generation leader do a lot of listening as well as talking. “Find out what's going on with your kids,” he advises. “Ask if they are really interested in taking over the business and what role they would like to play. Ask yourself if you are sincerely ready to retire. Find out from your spouse if he or she wants to continue to be part of the business or not. Ask what is important about the business. Is it important because of what Grandpa always did or because of today's situation?”

Danny Wegman, CEO of Rochester-based Wegmans Food Markets, recalls that his eldest daughter, Colleen, was not sure she wanted to join the company after college. “I remember we were out boating on Canandaigua Lake and I asked her what she wanted to do,” Wegman says. “And she said she wanted to make the world a better place. She was interested in natural products and interested in people. And I said, ‘My goodness, Colleen, why don't you come to Wegmans and do that?'” Colleen, who had worked for a health food store during a five-month hiatus after graduating from the University of Colorado, is now president of the company.

2. The successor who will run the business isn't given control.

Palumbos recalls three brothers who inherited equal shares in the family business. One joined the company and the other two did not. The son who was involved in the company took a very low salary and worked hard to double the size of the business. When the parents died, he realized he had made his two brothers rich while he had done all the work. “Now it's too late to do anything about it,” says Palumbos. “An equitable plan should have been put in place 20 years ago when Junior was showing a lot of promise and the other two weren't.”

3. The oldest son or daughter is automatically designated as the successor.

Cincinnati-based family business psychologist Ellen Frankenberg cautions that family business owners who don't appoint the most competent leaders available—be they family or non-family members—are taking a great risk. Frankenberg recommends that all siblings interested in working in the business take advantage of assessment tools to help determine where each sibling's talents could be best utilized in the company and to design individualized development plans.

The Zildjian Cymbal Company of Norwell, Mass., is now being run by the 14th and 15th generations of Zildjians—all women—who have assumed responsibility for the secret process of combining alloys to make the instruments, developed in 1618 in Constantinople. Before Cady Zildjian joined the company as new business development coordinator, her grandfather told her, “It's a privilege to be part of the tradition and not a birthright,” she says. Next-generation members were required to prove themselves before entering the business, Zildjian notes. She adds that her young daughter, if she one day wants to join the company, would also be required to obtain outside experience first.

Zildjian says she has not been given the secret alloy formula yet. “My mother, Debbie, wasn't even given it until she was about 40,” Cady Zildjian says.

4. Family members not involved in the business are not taken care of financially.

This could be the spark that ignites a family feud, warns François de Visscher of de Visscher & Co., a Greenwich, Conn., financial consulting and investment banking firm. “Parents have to realize their kids have different interests and you can't treat everyone equally when it comes to the family business,” de Visscher says. “One has to recognize differences in the children who are active in the business vs. those who are not.” Life insurance is one way for family members not active in the business to share in the success achieved by Mom and Dad. Alternatively, the active children might receive shares of common stock in the operating business, while the non-involved children get other assets, such as real estate.

5. There is no shareholder agreement.

“Like a ‘prenup,' a shareholder agreement should be an integral part of any succession plan,” says Darrell Beck of the Aspen Family Business Group in Fort Worth, Texas. A shareholder agreement should clearly define buy/sell procedures should a business owner die, become disabled or retire—or if one party simply wants to acquire another's interest. The agreement should spell out whether a buyout will be paid with life or disability insurance proceeds, or via payments over time. Restrictions on the transfer can be put in place in order to keep ownership in the family, and the agreement can offer existing shareholders the right of first refusal. Beck says the process by which the plan is developed is just as important as the actual contents of the agreement; to preserve harmony, all family shareholders must consider the process to be fair. 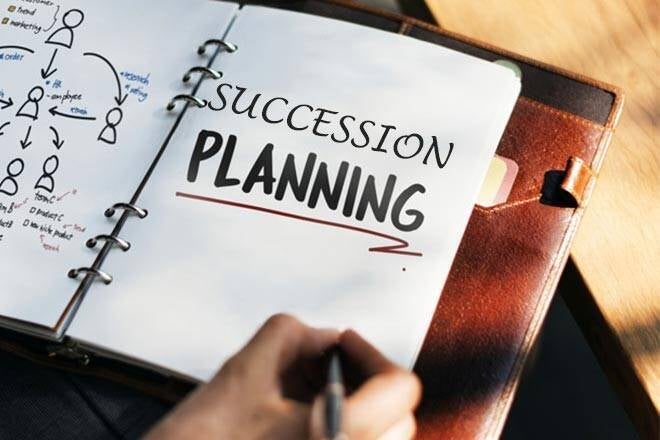 6. Family members have unrealistic expectations regarding valuation of the business.

A good succession plan should provide for a process to determine a fair market value—preferably by an arm's-length valuation firm, de Visscher says. A shareholder's stake in a company may be subject to discounts from (or premiums over) market value depending on whether the owner holds a control vs. minority position or a liquid vs. non-marketable position.

De Visscher recommends including a “catch-up provision” for any situation involving the sale or transfer of the business. He recalls a large farming operation owned by three branches of a family. Two branches managed the business; the third branch was inactive. The inactive owners wanted to sell their shares, but they and the active owners could not agree on a valuation. De Visscher proposed an agreement whereby the party being bought out would be eligible for an additional payment if the business performed above a certain level after three years; after six years, the business would be analyzed again. This provision resolved the family's dispute.

7. The plan is not reviewed on a regular basis.

Since family situations can change, Beck says, it is important to review a succession plan at least every three years. Family meetings with all interested parties (including spouses) are important. The plan should be updated whenever a major change takes place, such as death, divorce, disability, retirement, or even a stock market upheaval. If the patriarch or matriarch reviews the plan annually and completes all the documentation necessary to make the plan work, it will be much easier to administer the estate or transfer the business to new ownership.

8. Problems involving a troublesome family member are not addressed.

Beck advises families to establish a code of conduct that addresses matters such as attendance, preparation and how differences of opinion are expressed. The shareholder agreement might spell out provisions for buying out an owner whose behavior negatively affects the business if the problem can't be solved by mediation and consultation.

Beck recalls a client who put up with all kinds of inappropriate behavior in an effort to engage a disruptful “prodigal son.” “I had to point out to him that the son was in control here,” Beck says. “We then worked together to establish standards of behavior that everyone had to buy into.”

9. The senior business leader keeps all the knowledge to himself or herself.

Aminy Audi, president and CEO of home furnishings company L. & J.G. Stickley Inc. of Manlius, N.Y., believes it's crucial to get family members involved in all aspects of the business—sales, operations, finance and human resources. “They do not need to become experts in all areas, but rather get enough experience to lead in these areas,” Audi says. “The next generation of family leadership should have clear roles and responsibilities within the business. They should be provided with opportunities to succeed and fail, and to learn from these opportunities.” For family members who are not actively involved in the business, she believes “the owner should communicate on a regular basis with an emphasis on critical strategies and their impact upon the business.”

San Francisco family business adviser Dennis Jaffe, a professor of organizational systems and psychology at Saybrook University, has seen many succession plans that never get implemented. All too many senior leaders “think they will live forever,” he says. When the inevitable occurs and the leader passes away, the successor will be unprepared to lead if he or she has not been properly groomed to take over the business.

Other business leaders hesitate to move forward with a succession plan because they fear sibling conflicts will erupt when one child is named as the new CEO. Jaffe says he tells leaders in such situations, “Do you think that just because you're dead the kids won't be fighting? The fighting will be even worse.” If potentially contentious issues are brought into the open and resolved while the senior generation is still alive, there is less likelihood that family dissent will cripple the business during the critical leadership transition period.

For those procrastinating about putting a succession plan in writing and wondering when the best time is to get started, a Chinese proverb might offer insight, consultant Michael Palumbos says. “When is the best time to plant a tree? The answer, of course, is 20 years ago. The second-best answer is now.”

This article was provided by Suzanne Driscoll, a freelance writer based in Pittsford, N.Y., and brought to you by the Ronald J. Fichera Law  Firm, where our mission is to provide trusted, professional legal services and strategic advice to assist our clients in their personal and business matters. Our firm is committed to delivering efficient and cost-effective legal services focusing on communication, responsiveness, and attention to detail. For more information about our services, contact us today!

This is not tax advice and should not be construed as such.  Please seek professional tax services for more information and advice that will apply to your specific tax situation.