What to Do When a Family Member Needs a Guardian

Seeking a guardianship for a loved one is a decision that shouldn't be taken lightly. Here's how the process works. 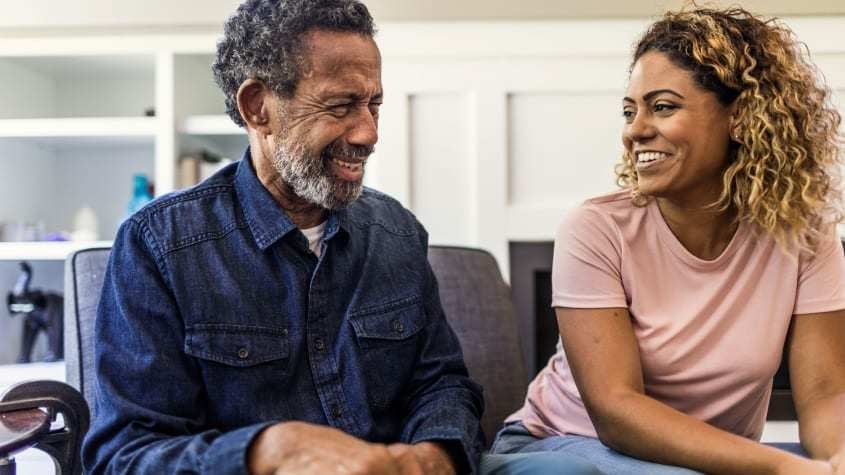 Gerald Teaster spent five years as his mother's legal guardian trying to balance her need for independence with his responsibility to protect her. There was the time that she tried to rent out a mobile home she owned to a stranger, and Teaster had to step in and tell the tenant that his mother couldn't legally agree to the contract. Then there was her insistence to only use cash so Teaster, a retired attorney, gave her $500 a month to spend. And there was the fight over where she would live. Teaster's mother didn't want to leave her home in Marion, Va., though eventually a fall and hospital stay forced the issue and she agreed to move into a nursing home.

Still, Teaster tried to take his mother's wishes into account until she passed away in 2017 at the age of 87. As a guardian, "you may have the power to do it legally," Teaster, 65, of Blacksburg, Va., says, "but how do you force your mother to leave the house she has lived in for 50 years?"

When someone is legally deemed incapable of managing their own affairs and hasn't named a financial power of attorney to do it for them, a guardian or conservator may be needed, and a family member, like Teaster, may be appointed to the job. Guardians are usually responsible for personal affairs whereas a conservator is generally limited to financial matters. The terms, which can vary by state, are often used interchangeably because in many jurisdictions the same person fills both roles.

This control over another person's life and money has been in the news lately and not in a good way. Conservatorships gained notoriety recently when singer Britney Spears contested her father's 13-year control of her finances. The conservatorship finally ended in November. "If a court falls down on the job in such a high-profile case, just imagine the level of monitoring in ordinary cases," says Nina Kohn, a professor specializing in elder law at the Syracuse University School of Law in New York.

Even Netflix portrays these legal arrangements as little more than an invitation for fraud in "I Care a Lot," a 2021 movie featuring Rosamund Pike as a professional guardian who bilks her clients out of their life savings.

But there's a lot more to guardianships, than pop culture suggests, though they are a reminder of why estate planning and advance directives, like a power of attorney, are so important. "Every adult is assumed to be mentally capable of making their own personal and financial decisions," says Naomi Cahn, co-director of the  Univerity of Virginia Law School Family Center in Charlottesville. "It's only when someone becomes unable to make those decisions and has not made any alternative plans that we start thinking about a conservatorship or a guardianship."

When to Seek a Guardianship

Although the rules vary by state, generally when someone -- a petitioner -- files a petition with a local court to seek guardianship of an adult, a judge holds a hearing to determine whether that person -- the respondent -- meets the state's standard for needing a guardian. The respondent has a right to legal

Someone requiring guardianship can lose important rights, including the ability to marry, travel, make certain medical decisions, possess firearms or even vote. Courts may be understandably reluctant to allow such an all-encompassing loss of rights. In fact, most states permit courts to limit a guardian's authority so that it only addresses a specific area the respondent needs help with, such as managing bills and maintaining a home. The least intrusive option is generally preferable. "It doesn't need to be an all-or-nothing situation," says Larisa Gilbert, an elder law attorney in Louisville, Ky.

An exam is usually required to determine if the respondent suffers from a medical condition that impairs judgment, says Dr. Gary Oberlender, president of Senior Evaluation, a company in Charlotte, N.C., specializing in geriatric medicine and competency assessments. The courts won't intervene if a person is physically disabled but mentally sharp. Making bad financial decisions also isn't grounds to be placed under a guardian's care. "The law can't protect you if you want to be a fool," Oberlender says.

Sometimes, though, the need for a guardian is clear -- for instance, a person who has suffered a stroke and is in a coma. Dementia is the most common reason why an adult might be declared incapacitated, says Oberlender, who finds that 85% of the respondents he assesses lack the ability to make essential decisions.

Depression, which can be mistaken for dementia, and delirium, which can cause a person to be confused and unaware of their environment, are other common causes. Oberlender once testified in a case that named a son the conservator for his father after the father gave away more than $1 million to cybercriminals. Just because someone is the victim of a financial crime doesn't mean that person needs a guardian, but in this case, the father adamantly believed that he hadn't been swindled, despite considerable evidence to the contrary and police involvement. As a result, he met the diagnostic criteria for delusional disorder and was deemed incapable of making his own financial decisions, Oberlender says.

Guardrails for a Guardianship

When the state's standard is met and a guardian is needed, courts typically prefer to appoint a family member, but sometimes there's no one appropriate, Gilbert says. In that case, the court may appoint a public guardian paid by the state or occasionally a professional guardian paid with private funds.

A guardianship petition can cost hundreds and even thousands of dollars, depending on the jurisdiction, court filing fees, attorney fees, the cost of a competency exam, and whether the petition is contested. If a professional guardian is appointed, the charges can run upwards of $250 an hour. The court process can also be emotionally wrenching. "By design, it's an adversarial proceeding, and though it's not the intention to strip someone of their feelings of dignity, choice, and control, that can be a byproduct of the process," Gilbert says.

When a professional guardian is needed, sometimes courts give family members a say in the selection. Whether you're required to choose a professional or just prefer one, look for an experienced candidate. The Center for Guardianship Certification has national educational standards and examinations that guardians must pass for two levels of certification: guardian and master guardian. Ask the candidate about their caseload, how frequently they visit clients and how they communicate with family members.

Bear in mind that the guardian's job is to protect your loved one, not serve your interests. The family dynamics can be stressful because the relatives think I'm spending their inheritance, says Shannon Butler, a certified national master guardian and founder of ethical solutions, which provides professional guardianship and conservatorship services. "I'm not here to preserve your inheritance," she says. "I'm here to take care of your mom."

Most guardians are well-meaning and do their best under difficult circumstances. "You have to manage their bills, their mortgage, the upkeep of their home," says Deirdre Lok, assistant director and general counsel for the Weinberg Center for Elder Justice.

Still, the system can be exploited. A 2010 report from the Government Accountability Office identified hundreds of allegations of physical abuse and financial exploitation by guardians in 45 states and Washington, D.C., from 1990 to 2010. Courts are supposed to monitor guardianships, but sometimes the oversight is lax. "Older adults with cognitive decline and those with intellectual disabilities historically have been treated as expendable," Kohn says.

There isn't reliable data on the number of people placed under a guardian's care, though the best estimate is around 1.3 million Americans, Kohn says. "This lack of transparency is itself a barrier to holding courts accountable," she adds.

There are some safeguards, Butler says. For instance, the petition must list all interested parties, such as the ward's spouse, children, or siblings, who are notified about the application right from the start. A guardian must also send annual reports describing the ward's condition and disclose to the court and the family how funds were spent, giving relatives a chance to raise concerns.

Those requirements also apply to a family member who serves as a guardian. The family member should keep clear records of how any money was spent and discuss any reimbursement for expenses, such as the time and mileage for transporting the ward to appointments, in advance, Butler says. "It should be seen as a professional job. Depending on the situation and how complicated it is, it can be a lot of work."

This article was provided by Jackie Stewart, the senior retirement editor for Kiplinger.com and the senior editor for Kiplinger's Retirement Report, and brought to you by the Ronald J. Fichera Law  Firm, where our mission is to provide trusted, professional legal services and strategic advice to assist our clients in their personal and business matters. Our firm is committed to delivering efficient and cost-effective legal services focusing on communication, responsiveness, and attention to detail. For more information about our services, contact us today!

This is not tax advice and should not be construed as such.  Please seek professional tax services for more information and advice that will apply to your specific tax situation.